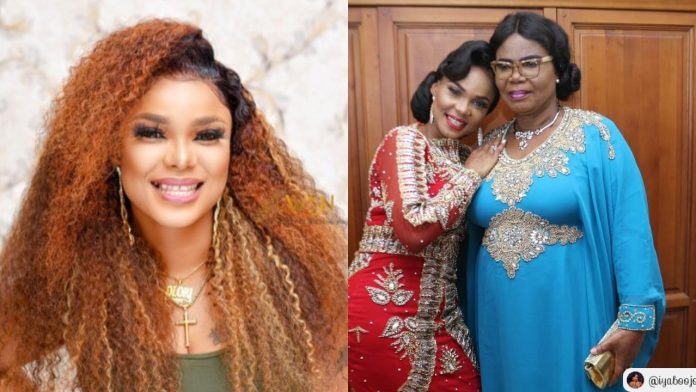 Bereaved iyabo Ojo has revealed that her late mum hid her real age from her and her siblings.

CityNews Nigeria reports that Iyabo Ojo who lost her mom over the weekend has explained how her mother hid her real age from them.

According to Iyabo Ojo, she was a year older than her husband — the actress’ late dad, hence her reason for hiding her real age, so her kids can believe their dad was actually older than her.

Iyabo who had announced that she lost her mom at 67 has now said she actually died at 69.

She said her siblings confirmed her real age. What the actress wrote below.. 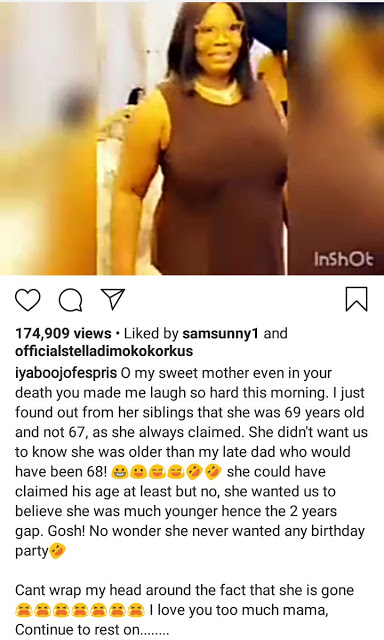