Home News Lekki Shootings: We Were With Live Bullets – Army 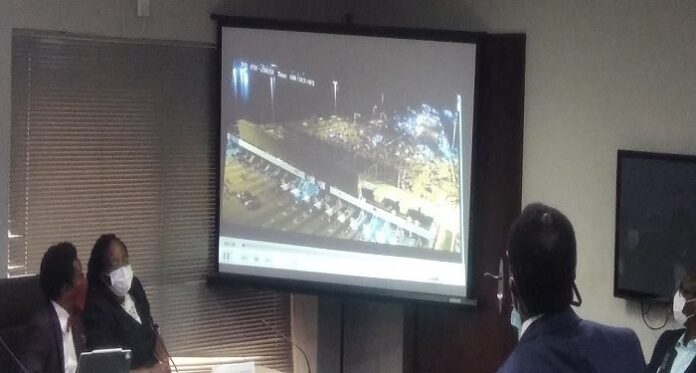 The Nigerian Army on Saturday admitted that they were with live bullets at the Lekki Tollgate plaza on October 20, where the alleged Lekki Massacre happened.

The EndSARS protesters were gathered at the Lekki Tollgate plaza for two weeks to demonstrate against police brutality in the country.

However, it took another turn on Tuesday, October 20, when men of the Nigeria military allegedly shot into protesters defying the curfew imposed by Governor Babajide Sanwo-Olu of Lagos State.

The commander of the 81 division of the Nigerian Army, Ibrahim Taiwo, said they were with live bullets when he appeared before the judicial panel set up by the Lagos state government to probe the incident.

Taiwo while being cross examined by Olumide Fusika, SAN, maintained that though they had live bullets on them, they were not used on protesters.

He said they were meant for the protection of the army team that was deployed to restore order in the state.

The army commander said while the soldiers who opened fire used blank bullets, their colleagues with live rounds were on ground to protect them from suspected hoodlums.