Home Fashion Why Fani-Kayode Must Calm Down Now 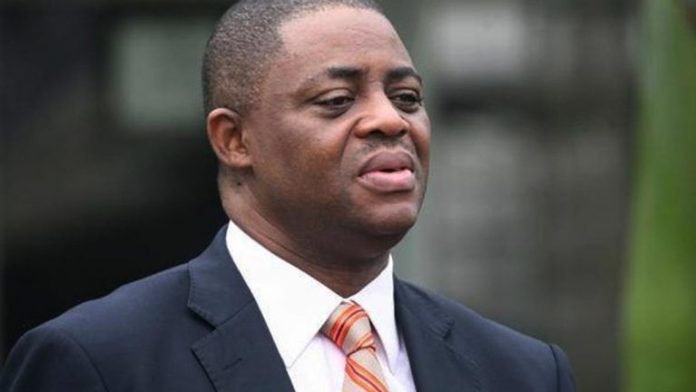 While I was an undergraduate at the Federal Polytechnic Offa, Kwara State, the most thoughtful, yet provoking question we were always asked in those days was: “How many of you in this class want to become a journalist ?” Immediately a lecturer asked this question, all the members of the class would plunge into a perfect decorum with none or just few hands raised up to display their interest in becoming a journalist in the future.

I asked myself one day that why have I decided to choose Mass Communication if only four or five people could raise hands to show interest in the choice of being a professional journalist who will work in the media. This simply shows that many of the journalists in the media today possibly never wished to become one while they were in school. Of course, we were told the stark reality that there is no money in the profession. Hence, passion is the drive.

If one is not into politics, journalism is not lucrative in Nigeria; most of the publishers or Chief Executive Officers are politicians either fully or partially. They are either in opposition or ruling party. Neutrality is narrow in the Nigeria media parlance and that is why objectivity will always struggle to stand. This is a story for another day.

The unruly drama of Femi Fani Kayode with the innocent journalist during the press conference was not only execrating but a show of madness in guise.
I think the embarrassment, harassment, assault and threat to life embedded in this profession are parts and parcel of the reasons why many youngsters do not wish to become a journalist.
Fani Kayode’s attitude to a simple question that should have been answered simply shows that “being stupid or being wise is never measured by wealth”.

For everyone who might be wondering the kind of question that was asked by Daily Trust’s journalist which placed Fani Kayode on fire, here you have it in quote… The young man asked:
*”Sir, please you did not disclose to us who is bankrolling you”* a well cultured, reasonable and exposed public figure would have replied politely to the simple question.
A journalist is trained to ask questions and that isn’t a crime. It is expected of someone attending a press conference to have fully prepared himself to answer both soft, hard and critical questions. Not to talk of a self organized press conference.

What baffled me most was how Fani Kayode forgot so soon that he is a man and not God. Fani Kayode was boastful of being rich and said he can never be poor. Nobody wants to be poor in life but Fani Kayode has forgotten that only God decides who is rich or poor forever. The rich men of yester years, where are they ? Where is Abba Kyari, where is Abiola Ajimobi? Where is Issa Funtua? Where is Senator Oshinowo? Where is Buruji Kashamu? Where did these people place their wealths, awards, accolades when there is no space for them to even turn their sides in the grave? These men were not buried with their riches. They were men not God.

I know and quite sure, Fani Kayode wouldn’t have had the audacity to run derogatory remarks on Charles if the 53 years old man had arrived at the venue of the conference in his own G-Wagon with security personnel standing behind him as a journalist.
Well, the video is very clear and one can easily tell who is rich and who is poor between the two men. Everybody knows the real man who is stupid from the clip. Being rich is not about wealth that can not save one from death when the time comes.
One of the men is rich while the other is humble, kind, meek and touch souls with good utterances. What a pity! Fani Kayode is not in this category.

Fani Kayode flaunted his profession as a lawyer, has he ever been embarrassed before in the court while asking questions from the accused? The conference hall is like court to journalists where they have freedom to ask questions. So, what has the young man done wrong to deserve such reek, pong and pungent words for doing his job and exercising his right ? I don’t blame Fani Kayode, I blame the feeble minded journalists nodding heads like cartoon as if their colleague had done the worst thing ever. I blame the quack medium that omitted the question part of the video and tagged Charles as rude journalist. If we talk about rudeness, Fani Kayode is more rude than many other figures in Nigeria. His rude words to the President can not be numbered. Whether Fani Kayode has apologized or not, the deed is done and the video is in the record. It is a lesson that someone like him is not suitable for elective position. *He will strangle press freedom to death.*

Since we have ex governors serving as senators and still earning allowances from their states, who is bankrolling who should not be a crime. This is Nigeria and anybody can be bankrolled for any purpose. Tell Fani Kayode to always *’calm down’*. *HE IS A MAN, NOT GOD.*

*Busy Brain is an opinion writer, journalist, poet, and a Public Relations Practitioner*